To find out how to get there

There are stairs leading up to these appartements so I meet disabled clients elsewhere by arrangement.

Once upon a time there were four people:
The Cave Dweller, The Controller, The Accommodator and The Annihilator.
They worked in an office as part of a team.
One day their team leader called them all together for an important meeting.
There was a particularly difficult problem.
The team leader took quite some time to carefully explain the circumstances….
And asked each of them in turn to suggest a way forward.
Unfortunately……
The Annihilator was so keen on getting into action that he was
Already half way down the corridor quite determined that
Something Must Be Done!
The Controller was too excited to really hear the issues but was full of bright thoughts on how to fix things once and for all.
The Accommodator nodded considerately but fell quietly asleep at the back.
The Cave dweller knew exactly what to do but didn’t get round to saying anything…..
Until after the meeting was over.

You may recognise bits of yourself in this little story: I have a lot of The Cave Dweller in me so I dance 5 Rhythms, I sing tenor and I walk in the hills all of which help me celebrate life and bring me into the sunshine.

Relationships, however painful, are

my best teachers.
My close family are:
my ex-partners,
my four  children,
my grandchildren.
Like my friends, clients, supervisees and colleagues,
they have gone about my education
with ruthless good humour. 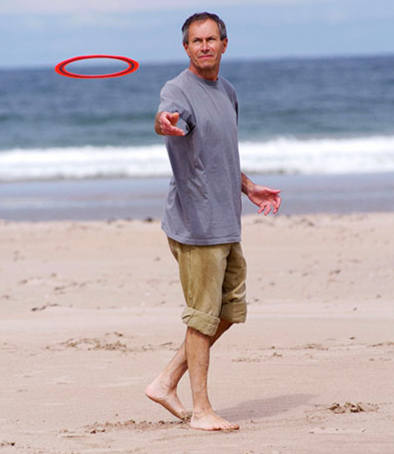 The Greek ‘theoria’ (to behold, to see) gives us our word ‘theory’.

Through life I have been given, often with much help and despite my considerable resistance, little insights, flashes of “I see”. I cannot call them “coherent” and if they are “whole” they are also, and must continue to be, very alive and growing. Their occurrence often seems to be incidental, as if they are simply waiting for me to be ready for them rather than ignoring the situations from which they arise. I now try to be just that, which is progress.

I particularly admire: - “Learn your theories as well as you can, but put them aside when you touch the miracle of the living soul.
Not theories but your own creative individuality alone must decide”
(Jung 1928)1

My first meetings with these were through retreats, group discussion, and an encounter group respectively.

However: dance, art, music, literature, drama, philosophy, personal relationships and nature are equally potent schools of my teaching and healing.

Carl Rogers uncompromisingly insisted, as a statement of his insight into human nature, that every human being inherently seeks fulfillment and that within “authentic psychological contact" 2 we can all, potentially, help one another in this process. Near the end of his life he uses the word ‘spiritual’ to describe the depths to which this contact can go. He says:

"What does it mean to be fully present with the client? We enter into a close subjective relationship, we both are experiencing much the same thing. (…) In the best moments of therapy we are both in a slightly altered state of consciousness, we know more than we know (…) my organism knows something my mind hasn't grasped yet (...) something close to being a mystical experience (....) a mutually altered state of consciousness” 3

From an eastern perspective the Path of Faith means, to “enter fully into the present moment” for thus “we discover life in all its wonders” (Thich Nhat Hanh).4 This faith is a state of attentive openness, of really listening, a deep empathy, a quiet state of bright patience. This is what my on-going practice of meditation means to me. It has “no preferences” or attainments and is “beyond language, for in (the present moment) there is no yesterday, no tomorrow, no today” (Sengstan)5. This is quite different from the classical reductionist view of having faith in a deity or person or scripture, i.e. faith in some thing. There is nothing here to be intellectually grasped and nothing here to be achieved or possessed.

Rogers’ and Jung’s insistence on the uniqueness of each person and their focus on the experience of the present moment as being what really matters in the therapeutic relationship brings east and west close in terms of direct person-to-person encounter.

Buddhist practice has a strong cognitive element. Buddha means ‘The One Who Knows’. But this knowing comes from direct reflective experience rather than from encyclopaedic acquisition, structured action or study. Deeper than rational observation and carried by bodily felt-sense, Buddhist mindfulness means ‘to know things for what they are’. It arises out of quiet contemplation of the conditioned world. When the silent mind recognises the inherent emptiness of all conditions: attachment, clinging to me and mine, the need to be right, is seen as unskilful, a disease of the mind.

Paradoxically, this disease and the suffering it causes gives meaning to our lives. "No Mud: No Lotus".6

Buddhist practice also has a strong moral element in stating that the awareness that gives rise to peace can be brought into the world if we would “only cease to cherish opinions” (Sengstan).7 However, Buddhism itself lacks a moral core, it lacks a fundamental respect for the equality it so promotes.

Reductionism is attractive because it is comfortable. It makes us feel secure, safe to carry on believing what we already know. We used to believe the earth was flat because it looks that way. Galileo was persecuted dreadfully, made to retract his oppositon to geocentricism, because he seemed to deny God as creator. It was, still holds for some of us, that the bible is literally true rather than seeing its truth as a profound transcendence of literalism. The world religions all lack a moral core, the very basis of equality and common respect for one another and for life itself because they all like to be right and therefore we must each persecute one another for being wrong. We accuse those who disagree of being at best misguided and at worst evil. It is the most tragic, self detructive, joke we play upon ourselves. Consciousness is still popularly seen as being created out of material phenonomena, out of the brain; Dennett (1991, Consciousness Explained) Seth (2021, Being You: A New Science of Consciousness) because it looks that way. Hoffman (2019, The Case Against Reality) helps straighten this out, he suggests that it is the other way round, material phenomena are created out of consciousness. More importantly, that we open up this habitual "Need To Be Right" error to be seen for what it is. He has the humility to invite contradiction.

Rudolf Steiner saw that Christ is incarnate as the Creative Being bringing healing to the world. Again, for me there is no question of rationally believing in Christ, but rather, trying to develop a meditative practice that allows the transfiguring Love that Christ is to manifest itself through the process of letting go of my attachment to self with all its judgemental attributes. “Christ: the reality of your divine presence” (Tolle).8

Steiner, like Jung, had an equally deep understanding of the shadow we each carry as part of our karmic inheritance. He saw that the spiritual work we do springs from our awareness of the nature of our individual shadows and how that awareness transfigures them. “Evil is an element in the world which must be recognised as serving good” (Schroeder).9 One of my supervisors put it, “The thing about the shadow is it’s always behind you, you don’t see its influence unless you are aware of that”.

The target is the process,
It is often so hard to accept this.

We so much want to either acquire something or get rid of something rather than opening the heart, clearing the mind and abiding in the present moment.

I can offer my clients only as much as I have worked through in my own self-development and training. I try to keep my personal and therapeutic practice alive using three integrated spiritual entities.

To respond appropriately to the urge to act. Allowing a step into uncertainty out of a sense that it is appropriate to and congruent with what is present and resonates within the relationship. Taking a step without knowing rationally where it will land. Faith mind gives the courage to both face the darkness of the unknown and let go of attachments. Inviting exploration, risky, paradoxical and depthless: faith mind facilitates intra-psychic person-to-person connection. It has no preference about status, beliefs, concepts, senses, or opinions. Faith mind is “always a beginner’s mind” (Suzuki Roshi),10 it is spontaneous but not impulsive.
(The Shadow of faith mind is our paralysing fear of exploring the nature of things, of going outside the fixed and unseeing conditions of worth we have inherited)

To know things for what they are. Born out of reflection, action and curiosity, sometimes pragmatic and cognitive, sometimes intuitive, morally unambiguous, wise and non-judgemental; awareness tells me what is shadow, what is not, what is true, what is false. “Right” is not right. “Wrong” is not wrong. The Path is not that of fixed conventions nor is it one of self-indulgence.
(The Shadow of awareness is indifference and ignorance in the sense of ‘to ignore, refuse or actively reject’ or ‘turn away from’ the way things really are by, for example, by "Needing To Be Right”).

To bring healing through transfiguration. Love is that creative integrating presence evoked by the faith to open and listen with the heart and let go of attachments. I cannot own it yet it is all of my being. Like my children, it comes through me but not from me.

(The Shadow of love is possessiveness; attachment to self, to consciousness, senses, beliefs, concepts or things, whether material or spiritual: the negative process of getting "fulfilment" out of the active propagation of life denying forces).

Philosophy - In meeting my clients I have a working brief of:

(approximately 22 minutes into this interview).

*References 4 & 6 are best followed up on the respective websites.